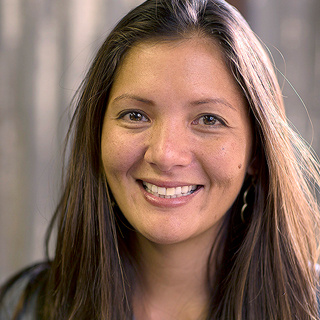 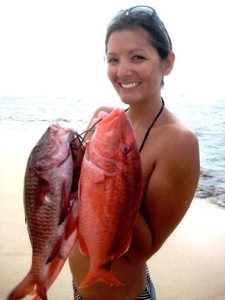 Channel Series Premier Show Pacific Warriors with host Garth Sandiford, on the show she also reveals why she swims to sharks and much more.

When it comes to a life in the water, Kimi lives and breathes it. But unlike other fishermen, Kimi uses her kayak as a jumping off point for underwater spearfishing, a method that’s as unique as it is simple: one breath, one shot, one catch. In fact, Kimi can hold her breath for over 4 minutes. As she walks the line between predator and prey, she knows she can be both – that’s why she thanks her catch for its life when she kills it, and swims towards sharks when she sees them. On top of her achievements as a world class free diver and national spear fishing champion, she’s also a painter and trained chef – and fishes both for her own sustenance and to trade for other produce. This season, Kimi’s looking to push her physical limits and broaden the scope of her activities. For her, the more she can help her island community, the more she cements her place in the ecosystem. 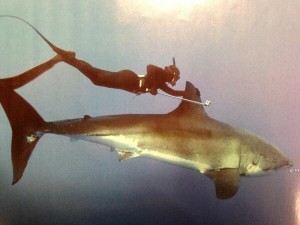 Beneath the pristine waters of Hawaii, ancient volcanoes have forged steep underwater cliffs, resulting in the best deep-sea fishing in the world. For centuries, generations of Hawaiians have caught these monster fish from small, hand-made canoes, using nothing more than a fishing pole and their bare hands. Now, a rare breed of men and women – armed with just a sea kayak – are re-inventing this ancient art, and risking their lives to catch 100-plus pound fish. One fresh catch can reel in $1,500 dollars or more; but big rewards bring stiff competition.

PACIFIC WARRIORS, an all-new series premiering Friday, October 23, at 10 PM ET/PT on the Discovery Channel, follows these brave adventurers who will stop at nothing to bring in their prize.

Though these men and women survive and thrive by living off the ocean, kayak fishing is 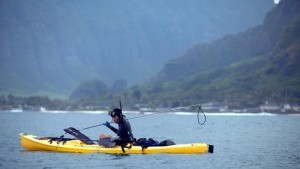 not for the faint of heart; even the slightest mistake can invite deadly consequences. The series follows seven teams as they train and battle it out on the rough waters. Using primitive means, the fearless fishermen and women are regularly taken on what they call “Hawaiian Sleigh Rides,” which occur when they hook monster fish that drag them out to sea – sometimes as much as 10 miles or more. They also fend off sharks regularly, deeming them “tax men,” which are looking for an easy meal.