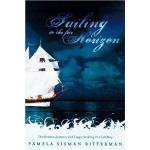 Bitterman. Her story of survival lost at sea is a testament to human will and she is sure to inspire you to the core.

Pamela Bitterman recounts her story of her beloved ship and what happened in the middle of a dark night that changed everything. She talks about what it was like to be lost at sea for 7 days with no food in damaged life rafts surrounded by sharks and her experience with her sea mates, up until the unexplained miraculous rescue by a Russian fishing ship that was off course.

quarterback Jim Kelly and founder of Hunters Hope. Tune in for this inspiring, heartwarming story of how one boy has helped so many people. Everyone has something special to bring to this world and tonight we will talk about why.

Life is full of opportunity even of you can’t see it.

A seasoned writer, Jill Kelly has authored four books and served as a featured columnist for a

Jill and Jim Kelly with Hunter

Western New York Christian news publication. Her first book, Messages of Hope, is an anthology of the articles she penned for the newspaper. Like pieces of her heart, every sentence was written from a place where God was willing to reveal Himself to her as she struggled to care for her dying son.

Jill writes with a tenderness and candor that has served her and her readers well in laying her soul bare on the page. Through deeply personal journal entries, she has written, Prayers for Those Who Grieve and Prayers of Hope for the Brokenhearted, sharing her most intimate struggles through the loss of her son, Hunter, and the many painful experiences that followed along her path of healing.

Her unique journey through life has been forever memorialized in Without a Word, How a Boy’s Unspoken Love Changed Everything, a memoir of hope and healing that shares the story of her son, Hunter’s, incredible impact on their family. The deeply human narrative chronicles the dramatic way God rescued the Kelly family and revealed Himself through the suffering of their son, turning their hearts to the suffering of His Son ─ and ultimately restoring their love.

“Oddly, I have been writing for years…in my journals.  Never did I ever think that God would allow my writings to touch people in the way they have,” Jill recalls. “I’m humbled and grateful though I will never fully comprehend why God chooses to use broken vessels, like me, to reveal His heart.”

“I’m passionate about the Word of God and can’t live without it,” she continues. “Truly, the more I hide it in my heart the more it fills the words I speak and put on paper.  The written word is a powerful tool; yet without His love and grace in every line and letter, what is penned can’t possibly change a heart or life.  My words are meaningless without the story of who God is woven throughout.  Ultimately, it’s what’s left unsaid that has the deeper, everlasting impact.”

Tonight on CIM we are thrilled to welcome international sensation Vince Morvillo. 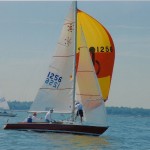 This amazing blind man races sail boats around the world in a competitive, high stakes game of skill and technique. He is a man who knows a thing or two about going for it all, crushing fear and living life to its fullest.

Tune in as we dive into his world and discover how nothing holds him back even though he is blind. If want to be inspired this is the show for you. 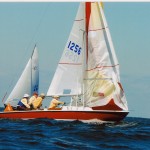 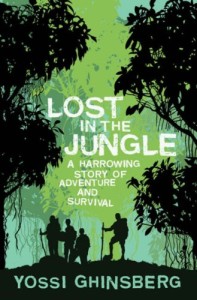 leadership and the power we possess inside ourselves. Faced with a life or death situation Yossi found his will to live, discovered his true purpose and is here tonight to share his story and to help motivate you to never give up. We are all born leaders and we all have the power to change our life, tonight Yossi will show us how.

“Leadership – true leaders are ones that serve not their ego but the greater good; for their company and society.”

Yossi Ghinsberg is the international bestselling author of Jungle, a true story of survival against all odds in the Amazon rainforest that has sold over one million copies and is the subject of an episode of the Discovery Channel’s I Shouldn’t Be Alive series. The book the Los Angeles Times called, “a powerful story” and The Washington Post described as a, “thrilling book” is also now a feature film in production.

A natural storyteller, Yossi is an accomplished business motivational speaker who has been hired to address audiences at such organizations as BP, Citibank, Qantas, IBM, Hilton, BMW, Proctor & Gamble, Fuji, Xerox, Telstra and Bayer. He skilfully captures the imagination of his listeners as he brings his message of triumphing over adversity from the wilds of the Amazon to the corporate environment.

When he speaks to groups at corporate events and business meetings, Yossi draws from his rich life experience as a daring explorer, survivor and visionary entrepreneur. He speaks from the heart of his harrowing experiences in the rainforest and courage to take risks in his professional life, sharing personal insight that is as riveting as it is deeply transformative. 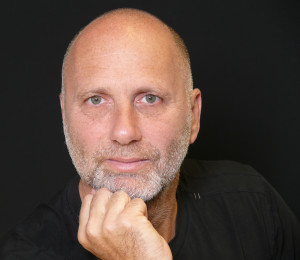 Yossi grew up in Tel Aviv. He served his mandatory three years of military service in the Israeli navy, during which time he lived with tribal Bedouins in the Sinai Desert. He later studied business and philosophy in academic and authentic environments. Ten years after almost losing his life during his memorable trip in the Amazon, Yossi returned to the Amazon River valley that was the site of his remarkable adventure and made it his home. He was instrumental in the creation and construction of Chalalan Ecolodge, a model eco-tourism village that inspires the Amazon basin and the world to this day.

During this time Yossi organized two national reunions of all indigenous groups to inform them on issues of intellectual property and their rights and roles in the fight over resources in the Amazon. His efforts and work contributed to the creation of the Madidi National Park, the largest biosphere conservation belt in Bolivia.

The next phase of his life was spent in what Yossi aptly terms the ‘field of agony,’ when he dedicated seven years to the treatment, rehabilitation and reintegration of opiate addicts throughout the world.

In addition to publishing his books Jungle and Laws of the Jungle, Yossi has initiated various business ventures and been involved in grassroots efforts for reconciliation and healing in the Middle East. In recent years Yossi operated an interior and landscape design label called collecteco to represent his commitment to ecology, connection to nature and respect for indigenous cultures.

Yossi is currently co-founder and CEO at Blinq.me, a Silicon Valley based start-up company financed by 500 Startups acceleration Micro Fund. Blinq is an innovative mobile solution that with one touch brings social updates from across social media platforms about any contact so you enter into every dialogue with confidence.

Yossi is married to Belinda and father to four children: Mia, Cayam, Nissim and Shalem. They live in Israel, Australia and the USA.