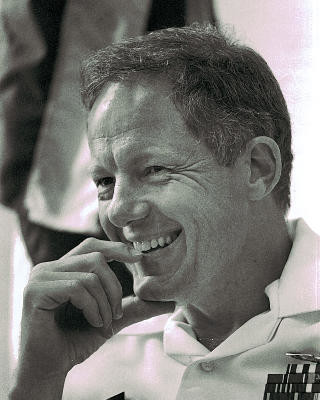 Captain Charlie Plumb graduated from the Naval Academy at Annapolis and went on to fly the F-4 Phantom jet on 74 successful combat missions over Vietnam. On his 75th mission, with only five days before he was to return home, Plumb was shot down, captured, tortured, and imprisoned in an 8 foot x 8 foot cell. He spent the next 2,103 days as a Prisoner Of War in communist war prisons.

During his nearly six years of captivity, Charles Plumb distinguished himself among his fellow prisoners as a professional in underground communications, and served for two of those years as the Chaplain in his camp.

Since his return home, more than 4,500 audiences in nearly every industry have been spellbound as Captain Charlie Plumb draws parallels between his P.O.W. experience and the challenges of everyday life. He has shared his message to an even wider public through appearances on Good Morning America, Nightline, Larry King Live, and The NewsHour with Jim Lehrer.

One of the most sought-after achievement speakers of his time, Charlie Plumb’s 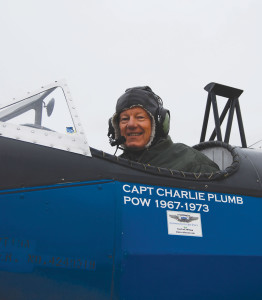 presentations are as he is, sincere, straightforward, humorous, and tailored to motivate each specific audience he encounters.